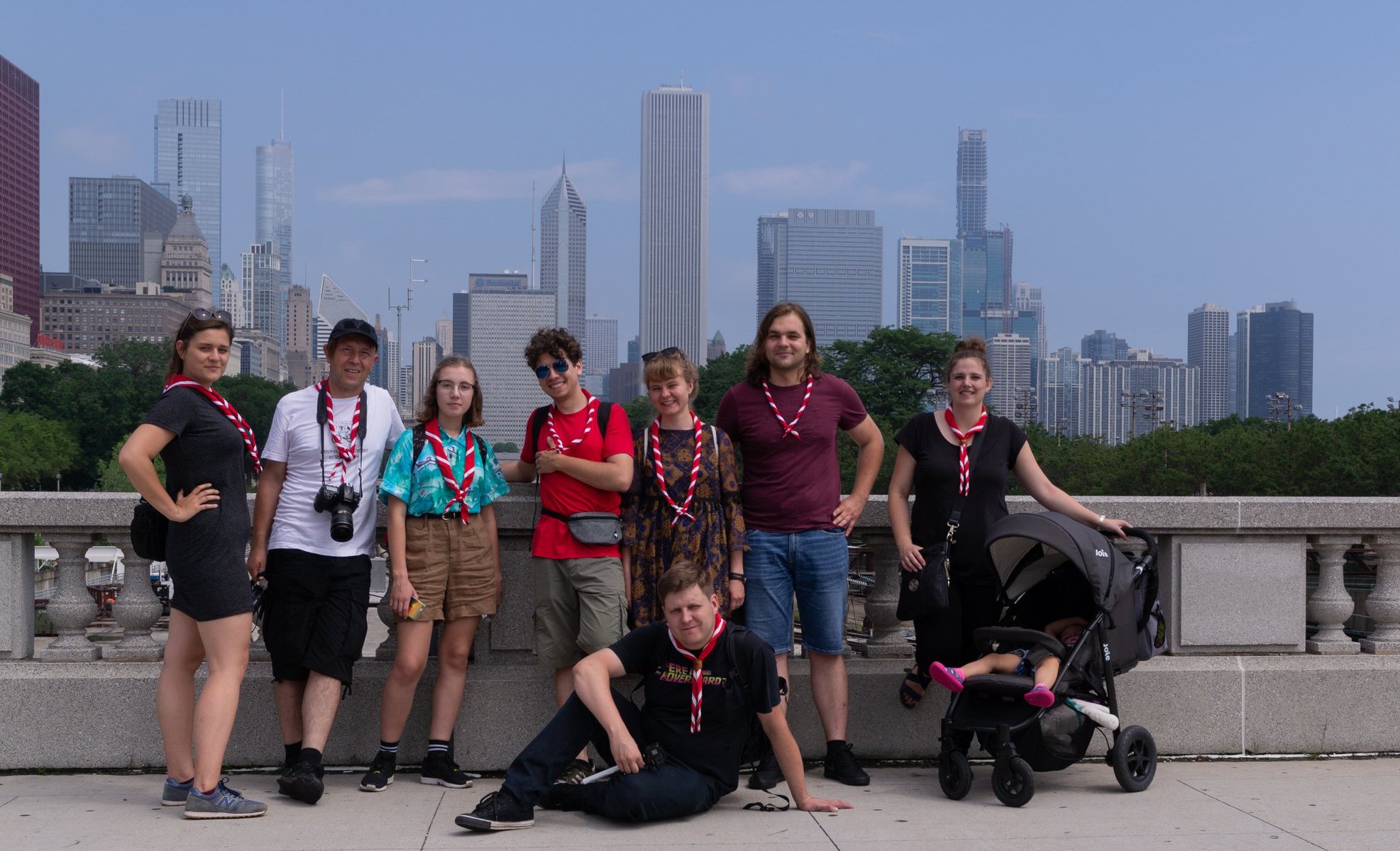 Did you know that the positioning of the streets of Chicago is the result of rebuilding the city after the big fire in 1871? Legends say that the fire started the city after a cow kicked in an oil lamp, which made straw and then wooden buildings.
And this is just the beginning of the trivia we learned today. Iza, girlscout with zhp outside the country, tour us after Field Museum. The main attraction of course was sue – the largest preserved dinosaur skeleton in the world, although Tim Burton’s exhibition of insects also stole our hearts. We also met with bridesmaid Beata, President of the Chicago circuit zhp pgk, who added a polish accent in our tour – we visited the monuments of kosciuszko and copernicus on the avenue of solidarity. We dedicate the evening to bicycle sprain – tomorrow it’s time to move into the city on two wheels.
#RadomscyHarcerze#RetroBikeJamboree
Hufiec ZHP Radom – MiastoSPRĘŻYŚCI – Radomskie Towarzystwo RetrocyklistówBike Jamboree